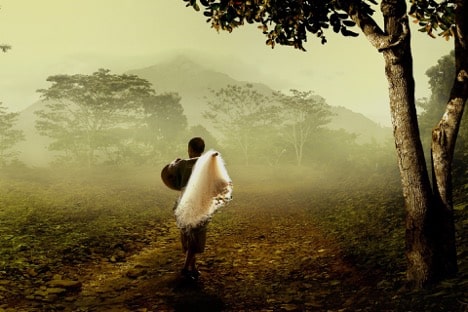 Although the source of this quote, which first appeared in the 19th century, has been disputed for years,1 the meaning is rarely argued.  While it is nice to receive “a fish”, true empowerment begins in the learning process.

Medical Ambassadors International (MAI) recognized the need of educational empowerment in the 1980’s while serving in communities with little to no healthcare in East Asia and South America.  Once a mobile clinic was set up, many people would come to receive care. Doctors provided the required treatment and then leave the area in order to set up the next mobile clinic. The problem was that when the doctors returned to a community where they had previously been, they found the same people sick from the same problems. It was then recognized that while the people received help for their current illness, they went back and drank the same water that made them sick in the first place.  It became apparent that a different strategy was needed – one that would truly make a definitive difference in the world’s health care.

Without a change to medical missions, no matter how many clinics were organized, the result would still be the same as people came back over and over, year after year, with the same health issues as they had previously suffered. Eventually, it was decided that it would be far more productive, cost effective and beneficial to focus on prevention of illness and disease rather than waiting until after the people were sick – and perhaps dying.

That search for a better way led to the discovery and development of Community Health Evangelism/Education (CHE).  CHE incorporates physical and spiritual education with a special focus on prevention of disease, not treatment after the fact. The lessons that focus on disease prevention draw largely from materials from the World Health Organization (WHO) and Centers for Disease Control (CDC), putting them into language that anyone can understand, and anyone can teach – even if they have had no medical training whatsoever. At the same time, they include spiritual truth to help with evangelism and sharing the gospel.

Results have been staggering! Villages have experienced reductions in early childhood mortality and malnutrition of 50% and higher as the result of putting CHE into practice.

Empowerment in education is often discussed in terms of the individual having a voice; that is, the culture of the individual. From this perspective, if one is empowered, one has authority and is able to actively, fully engage in the many discourses of life. Education is empowering when it enables the individual to shape or define her or his life. The idea is that the empowered individual exerts control or influence over self and the social and physical environment.2

In her book, “Outside the Margins: Lessons from Walking with Communities of the World”, Sharon Bieber provides a beautiful example of empowerment through CHE that brought change to the whole community.

Shia (not her real name) is a Southeast Asian CHE colleague who looks for better solutions.  She has seen the devastation of tsunamis and earthquakes, living among the people who have suffered through more than one disaster.  While many of us do our small part and leave, she stays and helps them find their assets. What remaining resources are there after the disaster, she asks, and what is needed to restore healthy homes?

Shia masterfully takes the community members from being victims of the disaster to producing their own building materials for their homes, making their own concrete pillars, sun dried bricks and bamboo. Builders gain skill and experience by helping themselves and their neighbours re-build homes, and then launch their own construction business.  Now they have moved from victims to entrepreneurs as they learn to market their skills to other communities and run their own businesses.  Even the school children in one place got involved in helping to build their own schools! 3

An important component of CHE is to involve the community itself in determining needed interventions. Before education begins, community leaders are consulted about the greatest needs.  Understanding the needs of the community allows the education to be relevant and engages the people at a different level than providing what we think consider the needs to be.

The story in the book of John, chapter 5 (NIV) reads:

“1 Some time later, Jesus went up to Jerusalem for one of the Jewish festivals. 2 Now there is in Jerusalem near the Sheep Gate a pool, which in Aramaic is called Bethesda and which is surrounded by five covered colonnades. 3 Here a great number of disabled people used to lie—the blind, the lame, the paralyzed. 5 One who was there had been an invalid for thirty-eight years. 6 When Jesus saw him lying there and learned that he had been in this condition for a long time, he asked him, “Do you want to get well?” 7 “Sir,” the invalid replied, “I have no one to help me into the pool when the water is stirred. While I am trying to get in, someone else goes down ahead of me.” 8 Then Jesus said to him, “Get up! Pick up your mat and walk.” 9 At once the man was cured; he picked up his mat and walked.”

Jesus knew the problem this man was experiencing, but instead of immediately acting, he questioned him.  For thirty-eight years the man lived as an invalid.  He knew his condition and the effects of it better than anyone. He knew exactly what he needed but he did not have the resources to meet the need.

Knowledge that MAI is providing, through CHE, the interventions most needed, exactly when and where they are needed also empowers our supporters to know that their donation is used appropriately.  At present, MAI works in 2,582 communities around the world, bringing empowerment to a population of over 2.56 million people in 75 countries.

3 Bieber, S.  Outside the Margins: Lessons from Walking with Communities of the World.  Read more of the back stories of transformational development taking place through CHE around the world.  All profits go to MAI.  Available on Amazon.com

One More for His Kingdom!
Scroll to top