At the beginning of this year, Marco Quispet, Sub-Regional Coordinator, South America, along with other CHE Trainers gave the first virtual Training of Trainers. After attending this training, Pastors Luis and Norgelis from Colombia decided to put what they learned into practice and apply it in the community where they live and work. Because these pastors are well-known in their community, the response was very positive. The first meeting was attended by 40 people representing 4 sectors of the community.

Here, they shared “The Fable of the Mouse-It’s Not My Problem”.

This story, as seen below, was the perfect opening to show the people the importance of working together.

A mouse looked through a crack in the wall to see the farmer and his wife opening a package; what food might it contain? He was aghast to discover that it was a mouse trap!

The chicken clucked and scratched, raised her head and said, “Mr. Mouse, I can tell that this is a grave concern to you, but it is of no consequence to me; I cannot be bothered by it.”

The mouse turned to the pig and told him, “There is a mouse trap in the house!”

“I am so very sorry Mr. Mouse”, sympathized the pig, “but there is nothing I can do about it but pray; be assured that you are in my prayers.”

The mouse turned to the cow, who replied, “Like wow, Mr. Mouse, a mouse trap; am I in grave danger?”

So, the mouse returned to the house, head down and dejected to face the farmer’s mouse trap alone.

That very night a sound was heard throughout the house, like the sound of a mouse trap catching its prey. The farmer’s wife rushed to see what was caught.

In the darkness, she did not see that it was a venomous snake whose tail the trap had caught. The snake bit the farmer’s wife and the farmer rushed her to the hospital.

She returned home with a fever. Now everyone knows you treat a fever with fresh chicken soup, so the farmer took his hatchet to the farmyard for the soup’s main ingredient.

His wife’s sickness continued so that friends and neighbors came to sit with her around the clock. To feed them, the farmer butchered the pig.

The farmer’s wife did not get well, in fact, she died, and so many people came for her funeral the farmer had the cow slaughtered to provide meat for all of them to eat.

So, the next time you hear that someone is facing a problem and think that it does not concern you, remember that when the least of us is threatened, we are all at risk.

After hearing this story, the leaders of each sector of the community asked each other for forgiveness, vowing to work together in the future.  At the next meeting, the participants decided to bring food to share with the other participants as the meetings ended late. They not only organized to cook, but they brought the best for their companions.

Following the lesson at the 3rd meeting, the participants began discussing a sector of the community where there was a lack of public lighting at night, making it dangerous for the people who passed by. They took action by writing a letter to ask the electric company to put light poles on the road. Praise God, the lampposts are already up! 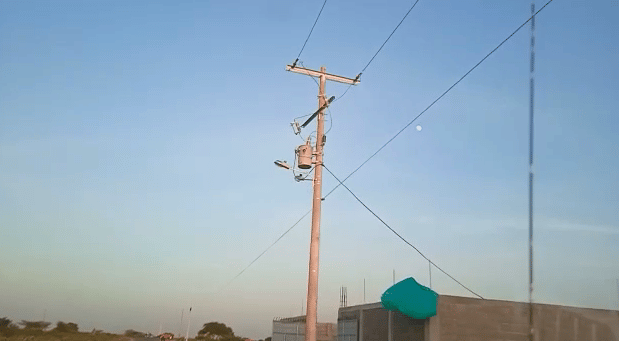 We thank God for the technology that allows us to teach others so that they can work together to heal communities both physically and spiritually.

“Carry each other’s burdens, and in this way you will fulfill the law of Christ.” Galatians 6:2

Service as unto the Lord
Scroll to top