Mama Christine (as she is fondly referred to by her community) is raising her six children alone after she was widowed when devastation (perpetrated by rebels of a different faith) came to her community. Her traumatized neighbors wanted to flee from the area, but they didn’t have that option. “What will happen to us; where can we go?” they asked.

Mama Christine had been introduced to Community Health Evangelism (CHE) by Daniel Kpowbie, MAI’s Area Coordinator in French-speaking West Africa. The impact story below shares Mama Christine’s story in the words of her friend. It is a story of how she and the remaining people in her community coped, and then, went beyond just surviving. 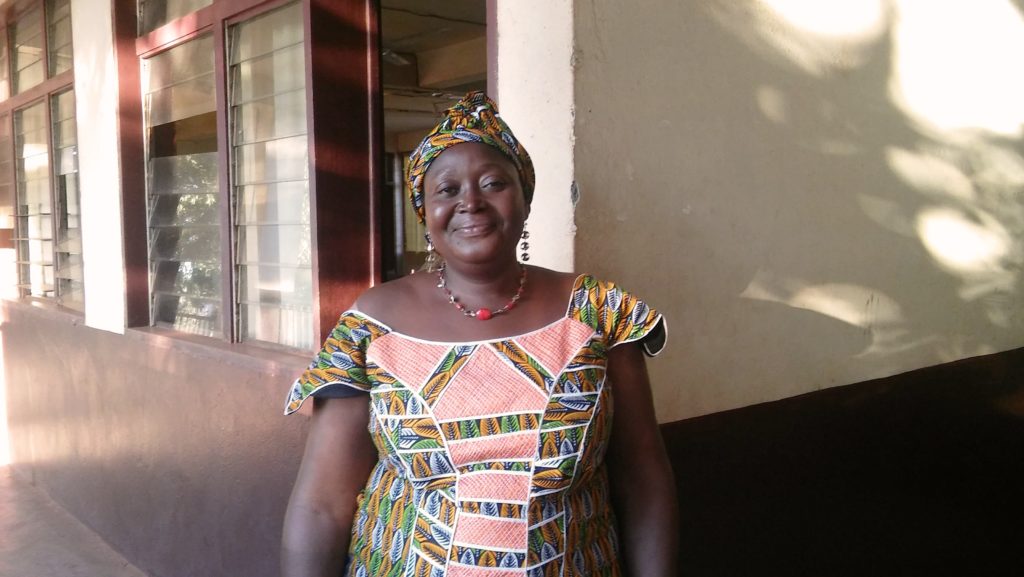 “There was panic in the city with helicopters roaring in the sky,” said the pastor’s wife. “Tanks patrolled the streets and sporadic shooting was heard; it was so scary! Rarely a day goes by without gunshots.

“That Sunday will never be forgotten. My husband was at the pulpit preaching. Fear was on many faces. We could hear shooting not far from us. We were sensing that anything could happen at any time. Suddenly, right in the middle of the service something like lightening hit the roof and fell in our midst, followed by a sudden explosion. It was all so sudden; none of us can describe exactly how it happened, but we fainted like we were dead and became unconscious.

“Some of us who were still alive started coming back to our senses from what seemed like a long and deep sleep. Smoke was so thick we could barely see clearly three feet ahead, and we were too weak to run.

“We had been the target of attackers from a different faith. A bomb thrown from a distance had fallen right on the church and set it ablaze in a deafening sound. My husband was hit and lay on the ground; most choir members were lying lifeless on the rough floor. Blood was everywhere. You could see the impact all over the church walls. My husband miraculously survived the explosion but still carries the scars.”

The pastor’s wife smiled. “Then Mama Christine came to help the community,” she said. “Mama Christine is a Community Health Evangelism (CHE) trainer and national Microenterprise Coordinator. Mama Christine’s own husband was lost during another crisis; she is a widow with six children of her own. She trains women how to save small amounts of money and start microenterprise projects. One woman was so traumatized after an attack when her husband and children were killed that she could no longer speak. But Mama Christine taught her new skills and now she can speak and smile again. Mama Christine also began a language program, helping the ladies in their businesses. She receives calls from all over the area to come and train others. Although Mama Christine has a small handicap and limps when she walks, she goes all over the area without a vehicle of her own.

“Mama Christine has overcome many difficulties in her own life, yet she trusts God to see the whole country saturated with CHE and the microenterprise program.”

Religion that is pure and undefiled before God, the Father, is this: to visit orphans and widows in their affliction, and to keep oneself unstained from the world. (James 1:27)

The dedication of MAI’s Area Coordinator and his team in French-speaking West Africa is a living testimony to this truth.
This Is How God Uses Medical Ambassadors International… we all work together. Each volunteer, donor and worker is incredibly necessary.
Click here to be a partner in your ministry of transformation!
https://www.medicalambassadors.org/wp-content/uploads/2019/07/July-2019-FA-header.jpg 754 2800 Medical Ambassadors https://www.medicalambassadors.org/wp-content/uploads/2020/04/logo.png Medical Ambassadors2019-07-13 12:42:562019-07-13 12:42:56Just Surviving…

Nigerian Crisis—Women and Children In Need! 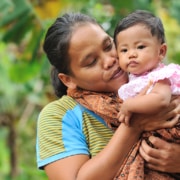 A Family Story of Hope
Scroll to top