Women and girls represent half of the world’s population and therefore also half of its potential. But, today gender inequality persists everywhere and stagnates social progress. Women continue to be underrepresented at all levels of political leadership. Inequalities faced by girls can begin at birth and follow them all their lives. In some countries, girls are deprived of access to health care proper nutrition and education.[1]

How does gender inequality affect women?

The greatest gender gaps are identified in many of the areas Medical Ambassadors International works around the globe. 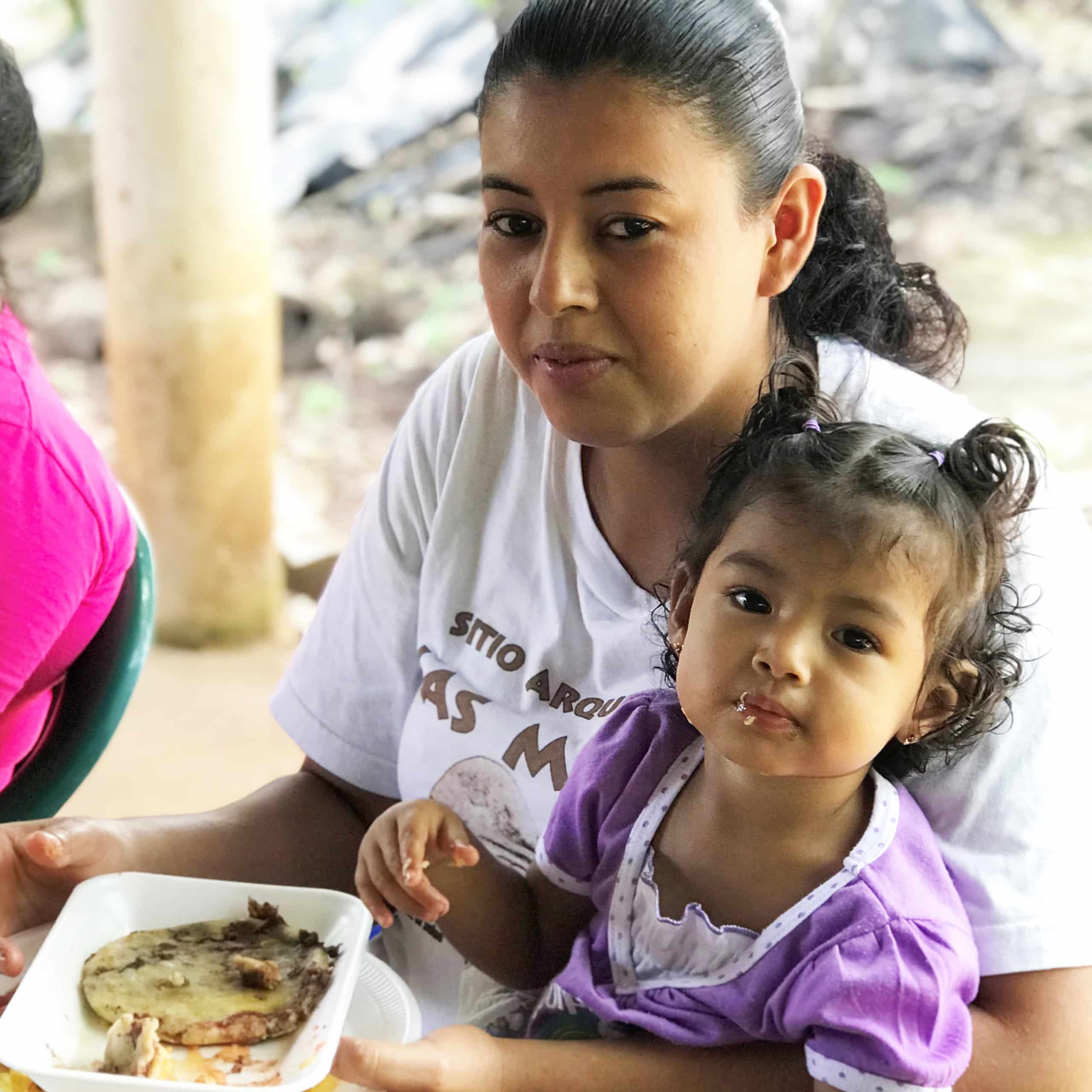 At Medical Ambassadors International (MAI) we build relationships with the world’s most vulnerable people and together we work to heal communities both physically and spiritually. At present MAI works in 2,582 communities around the world impacting a population of over 2.56 million people in 75 countries. Creating change in the cultural norms of these areas requires tackling religious, social, and economic issues. Through Community Health Evangelism, a strategy of MAI, these issues are being addressed around the world in urban slums and rural villages.

Community Health Evangelism (CHE) is a Christ-centered educational program that equips communities to identify issues and mobilize resources to achieve positive, sustainable change. CHE materials cover a broad range of transformational development topics including disease prevention and health promotion, poverty alleviation and economic development, social harmony, and spiritual life. There are over 10,000 CHE lessons, including those that pertain to specific issues women and girls face.

For example, Women’s Cycle of Life deals with women’s health issues—from adolescence to childbearing/care of children to menopause. The curriculum addresses gender inequality from the perspective that we are all created by God with great value.

What does Scripture say about gender inequality?

Women in the Old Testament

The Old Testament praises several women who served in important leadership positions. In addition to being wives and mothers, Scripture recognizes their leadership position as being blessed by God. There is no mention that their gender should disqualify them. Here’s a few examples:

Miriam was the older sister of Moses and Aaron. Scripture describes her as a prophetess (Exodus 15:20) serving alongside Moses and Aaron to deliver the Jews from exile in Egypt: “For I brought you up out of the land of Egypt and redeemed you from the house of slavery, and I sent before you Moses, Aaron, and Miriam” (Micah 6:4).

Esther is one of the most inspirational women in the bible. Her life held such significance that an entire book in the Bible was dedicated to her. Esther was just a normal girl that was chosen by God to serve His purpose. She was a young Jewish woman who rose to the thrones of power as a Queen with God’s favor. Queen Esther had sufficient influence to bring about the destruction of the house of Haman, along with 75,000 enemies of the Jews (Esther 7:1–10; 9:1–32).

Huldah was a well-known woman in the kingdom of Judah, because it says that the king sent five of his personal messengers to where she was located with the book of the law. They consulted Huldah on finding the lost book of the law. Israel’s leaders, including the king, the elders, the prophets, and the people, accepted her word as divinely revealed (2 Kings 22:14–23:3; 2 Chronicles 34:22–32).

The Bible identifies ten female prophets in the Old and New Testaments: Miriam, Deborah, Huldah, Noadiah, Isaiah’s wife, Anna, and the four daughters of Philip. In addition, women like Rachel, Hannah, Abigail, Elisabeth, and Mary are described as having prophetic visions about the future of their children, the destiny of nations, and the coming Messiah.  When the Holy Spirit descended upon the first Christians at Pentecost, Peter drew from the words of the prophet Joel to describe what had happened, saying, “Your sons and daughters will prophesy…Even on my servants, both men and women, I will pour out my Spirit in those days, and they will prophesy” (Acts 2:17–18).

Women in the New Testament

Jesus said, “. . . at the beginning the Creator ‘made them male and female” (Matthew 19:4).  Jesus was emphasizing women are created in the image of God just like men. Throughout the New Testament Jesus demonstrated high regard for women. Jesus was often in the company of women who “followed Him and ministered to Him” including Mary Magdalene (Mark 15:40–41). Jesus valued their fellowship, prayers, service, financial support, testimony and witness. He honored women, taught women, and ministered to women.

In Luke Chapter 8, we meet a group of women who were a part of His ministry support. “Soon afterward he went on through cities and villages, proclaiming and bringing the good news of the kingdom of God. And the twelve were with him, and also some women who had been healed of evil spirits and infirmities: Mary, called Magdalene, from whom seven demons had gone out, and Joanna, the wife of Chuza, Herod’s household manager, and Susanna, and many others, who provided for them out of their means” (Luke 8:1-3). They were following Him as disciples and ministering alongside Him.

In Romans 16:3-4 Paul mentions Priscilla and Aquila as fellow workers who risked their lives for the Gospel. “Greet Priscilla and Aquila, my co-workers in Christ Jesus. They risked their lives for me. Not only I but all the churches of the Gentiles are grateful to them.” Paul also commends Junia in Romans 16:7. She worked so closely with Paul that she suffered as a fellow prisoner. Paul ends Romans 16 with warm and personal greetings of thanks for the service and sacrifice of several women.

MAI is bringing life-changing good news for women and girls worldwide through CHE! 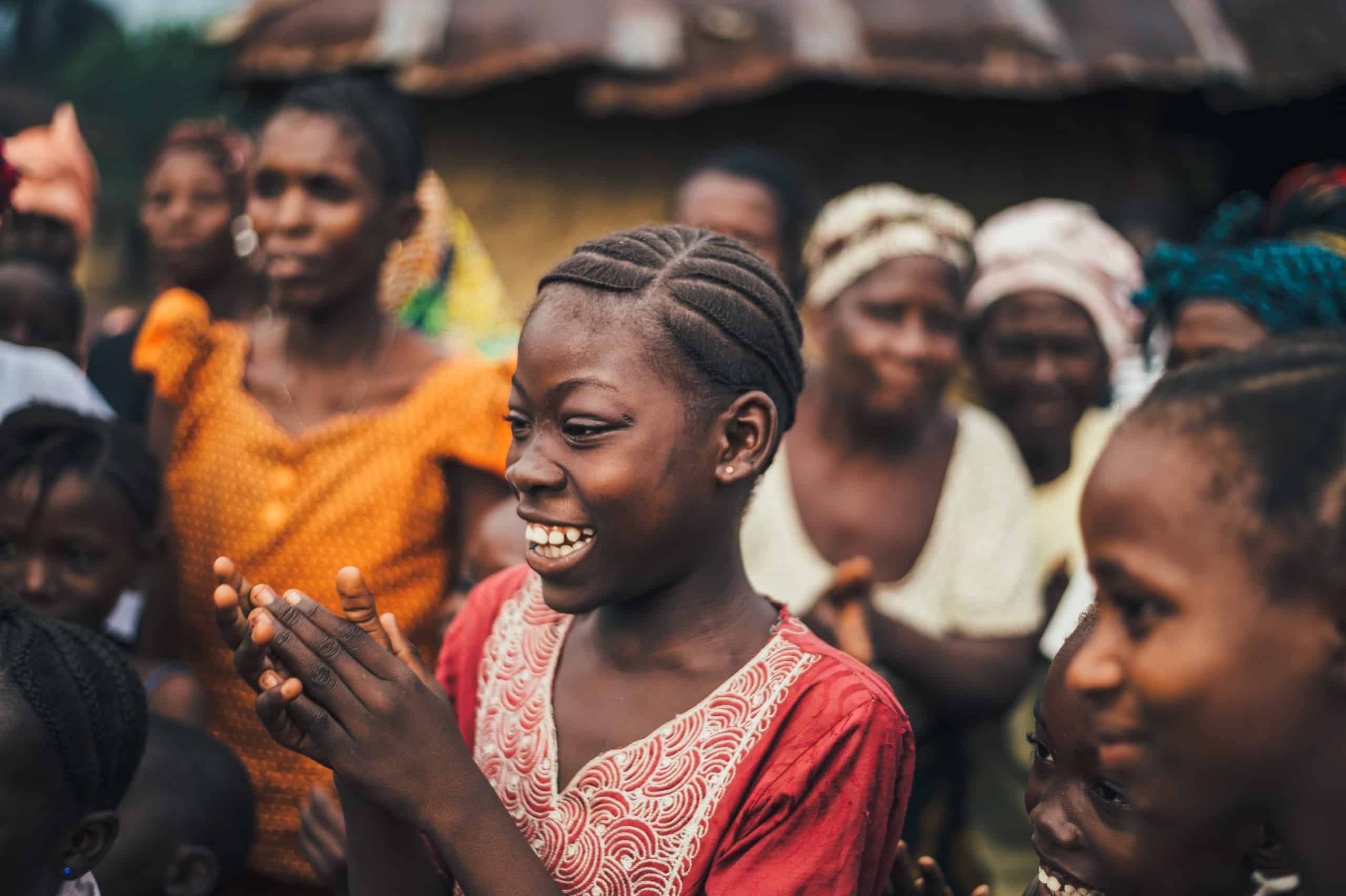 CHE is a wholistic ministry strategy that seamlessly integrates evangelism and discipleship with community health and development.

One beautiful representation of Jesus’ care for women is the famous story about the woman caught in adultery. 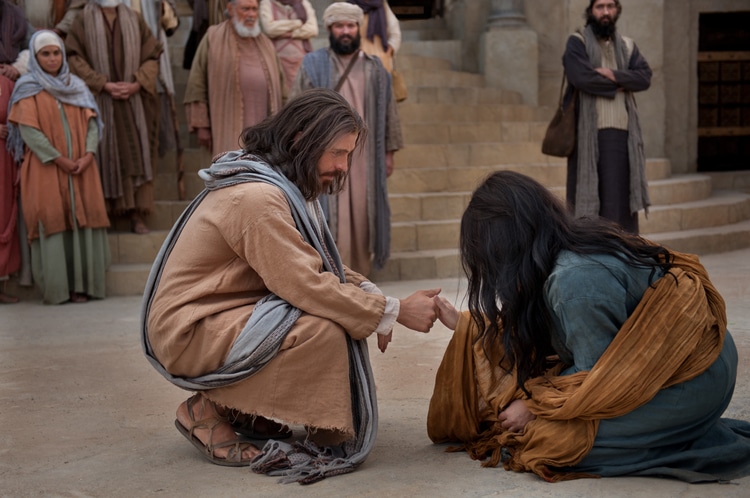 John 8:3-10: “The scribes and the Pharisees brought a woman who had been caught in adultery; and making her stand before all of them, they said to him, “Teacher, this woman was caught in the very act of committing adultery.  Now in the law Moses commanded us to stone such women. Now what do you say?” They said this to test him, so that they might have some charge to bring against him. Jesus bent down and wrote with his finger on the ground. When they kept on questioning him, he straightened up and said to them, “Let anyone among you who is without sin be the first to throw a stone at her.” And once again he bent down and wrote on the ground. When they heard it, they went away, one by one, beginning with the elders; and Jesus was left alone with the woman standing before him. Jesus straightened up and said to her, “Woman, where are they? Has no one condemned you?”  She said, “No one, sir.” And Jesus said, “Neither do I condemn you. Go your way, and from now on do not sin again.”

How can you address gender inequality?

Research has proven that we all reproduce stereotypes and pre-existing notions on many topics, including gender and race. Try to pay attention to your assumptions and know that none of us are immune to making bigoted comments or holding biased attitudes.

We invite you to learn more about CHE through a recent case study. The 2019-2020 Community Health Evangelism (CHE) Growth Project objective was to reach at least 104 communities [over 3 years] on the field and impact them through using the CHE strategy. In year one a total of 82 communities were reached and in year two an additional 33 communities were added. In year three (2021), we plan to add an additional 50 communities. 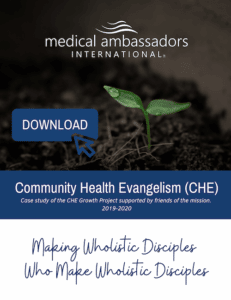 A Garden on Barren Land