We have an unusual and special story for you this month!

Our stories in these monthly newsletters are normally focused only on the communities where we serve, but that is only 8 to 10 hours of the time that our team members and partners serve on the field. God of course is at work 24 hours a day His wonders to perform. We got this unusual report from one of our field partners, whom I will refer to as “Brother Goodheart” to keep his identity anonymous.

Brother Goodheart initially sent this story as a testimony in answer to 8 years of persistent prayer for a friend of their family who had visited and stayed with them for a time. We were moved by the testimony and wrote back for more details. God is not only concerned about what we do in what we ‘deem’ as our mission field, but with ALL of our lives. He cares about our friends and how we serve Him as families.

We pray that you will be as blessed as we were to read this story:

For eight years Brother Goodheart*, a CHE master trainer, prayed for Neela* whom he had only met briefly when she visited his family as a guest in their home. Neela believed in a local deity of her country and claimed that this one was the only true god. Brother Goodheart told her about Jesus and then he began what became an eight-year prayer vigil.   *not their real names

Neela had been tormented by an evil spirit for years. The spirit said he loved her as a husband, causing her stress and putting her marriage in jeopardy.  Neela was so disturbed she started drinking and taking drugs. Her relationships deteriorated with her husband and her mother. She sold her business—a school—and became utterly depressed and disappointed with life. It was then she remembered Brother Goodheart, his family, and the name of Jesus, whom she was told can save anyone, anywhere. 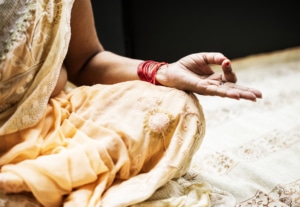 She went to the local church that day and the evil spirit manifested itself, telling her his name for the first time—it was the same name as her deceased uncle. She was horrified. After four hours of prayer in that fellowship, she was delivered miraculously. She confessed her sins and professed faith in Jesus Christ, becoming an eager disciple. She immediately told her family, brought several to church with her, and they were saved. Her mother was delivered from a demon who possessed her for 58 years. Neela shares her new faith with great boldness. Her husband has also accepted Christ. Her career turned around: she went back to college, completed her Ph.D., and is now an associate professor in a nearby college.

As for Brother Goodheart, his prayer for Neela had been that she would one day know the real God and come to fellowship with His people. He gives God the glory for the outcome of Neela’s deliverance and faith in Jesus Christ, counting it a privilege to be used by God in the process.

Medical Ambassadors and its partners provide CHE training and support so that people like Brother Goodheart can continue reaching the lost and hurting in communities around the world.

Jesus calls all of us to be vigilant in prayer and ready to give an answer that tells of our Savior and His saving grace. Who knows when He will send someone to visit our home, who needs to hear a personal testimony of how we have experienced Him in our lives? His grace and mercy are new every morning.