Over 1 billion people have some form of disability and over 80% of people affected by disabilities live in developing countries. This combination means they are very unlikely to receive proper healthcare, education, or employment.

Medical Ambassadors International (MAI) is using Community Health Evangelism (CHE) to serve disabled people by combining evangelism with crucial health education and life skills. We are excited to share more about this important area of ministry during our upcoming ‘virtual’ event: Beautifully Enabled by God’s Design.

During this special event, MAI and friends will share how disability ministry is advancing around the globe and ways you can get involved.

If you can’t make it, please register to receive the replay. If you have any questions, please contact Holly Williams at holly@med-amb.org. 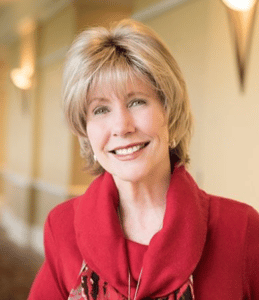 Joni Eareckson Tada is an esteemed Christian stateswoman and respected global leader in disability advocacy. Although a 1967 diving accident left her a quadriplegic, she emerged from rehabilitation with a determination to help others with similar disabilities. Mrs. Tada serves as CEO of Joni and Friends, a Christian organization which provides programs and services for thousands of special-needs families around the world. President Reagan appointed Mrs. Tada to the National Council on Disability, then reappointed by President George H.W. Bush. During her tenure, the ADA was passed and signed into law. Mrs. Tada served as advisor to Condoleezza Rice on the Disability Advisory Committee to the U.S. State Department. She served as Senior Associate for Disability Concerns for the Lausanne Committee for World Evangelization.

The Colson Center on Christian Worldview awarded Joni Tada its prestigious William Wilberforce Award, and she was also inducted into Indiana Wesleyan University’s Society of World Changers. Joni Eareckson Tada has been awarded several honorary degrees, including Doctor of Humanities from Gordon College and Doctor of Divinity from Westminster Theological Seminary. She is an effective communicator, sharing her inspirational message in books, artwork, radio, and other media. Joni Tada served as General Editor of the Beyond Suffering Bible, a special edition published by Tyndale for people affected by disability. Joni and her husband Ken were married in 1982 and reside in Calabasas, California. 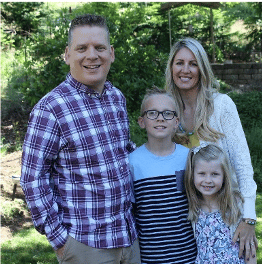 When Steve Kramer entered the world 31 years ago, doctors gave his young parents little hope for survival of their first baby, born 11 weeks premature. “If he lives, you’ll be fortunate,” a physician told Randy Kramer, 21 and in the Air Force, and his wife, Linda, just 18. It was an era before medical technology could do much to save small-weight infants. Steve’s weight dipped below three pounds and repeatedly he suffered breathing apnea because of underdeveloped lungs. When his heart monitor stopped, a nurse vigorously tugged on a string tied to his leg to jostle the boy into breathing again.

Those touch-and-go early days also put a strain on Randy and Linda, who lived in Arizona. They were visiting Linda’s parents in Placerville, Calif., when she went into premature labor. The closest hospital that would treat preemies was in Sacramento, and for the first two months they had to make a 100-mile round trip to see their son in a hospital incubator. When Steve turned 6 months old, the family moved to the Azores, a group of islands 800 miles west of the coast of Portugal. The parents grew concerned when their 9-month-old baby couldn’t sit up and had difficulty grasping toys. The mounting pressures of marrying young Linda had been 16, Randy 19 – the growing medical concerns over Steve and the rigorous military life took a toll on the Kramers. The couple separated for 6 months and contemplated divorce. But a trip to a U.S. military hospital in West Germany unified them. Upon hearing physicians diagnose his son with cerebral palsy, Randy, who had been raised in a strong Christian home, recommitted his life to Christ and thus preserved the marriage. Doctors told the Kramers that their son would never walk. From that point on, the Kramers stuck together. Steve’s parents always included him in family activities. They let him go at his own pace, which resulted in him becoming more independent-minded. And Steve didn’t set limits on himself.

“My family never treated me like I was disabled,” Kramer says. “My parents knew that the limitations others set on me weren’t what God planned. God knew before I was born what purposes He had for me. God doesn’t look at the doctor’s chart before He calls you.” Today, Kramer is one of 764,000 people in the United States with cerebral palsy. Usually, the condition is caused by brain damage during fetal development, affecting a person’s ability to adequately control body movement and muscle coordination. But overcoming difficulties has been something Kramer has done with great regularity. In fact, his impressive career almost makes it seem as though he had been born with a silver spoon in his mouth. Steve has pursued and realized his dreams of becoming a television news anchor, associate pastor and now, itinerating missionary. Certainly, an upbeat attitude and stick-to-itiveness have contributed to his achievements. But more importantly, Kramer’s faith in Christ has helped him accomplish goals rather than despair about limitations he faces.

Come listen to Joni, Steve and all of our special guests at this free virtual event.

Zoom link provided at registration. This event is pre-recorded.