When we moved to Ripon several years ago, farmers in our church proudly told us that the soil was excellent for planting crops. My experience with developing micro watersheds on the field in Asia, had me curiously study the agricultural patterns in Ripon as well as in the Central Valley. With roughly 11 inches of annual rainfall, the Central Valley is a testimony to the brilliant irrigation systems created using the water from the melting snow in the Sierras that help the soil to produce an abundance of crops.

The combination of water and soil and a determined spirit that works relentlessly to produce crops of value are the reason for the Central Valley being referred to as the breadbasket of not only California but the nation. We want to thank the Lord this month for farmers in general and especially those in the Central Valley. MAI has many prayer and financial supporters who are farmers, and we praise the Lord for them, especially this month. In fact, our story is about a field partner from South America who was determined not to give up even when neighbors told him that the soil around his house was unfi 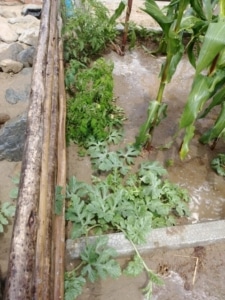 t for growing anything, and definitely not vegetables!

The Covid-19 related economic lockdown became the catalyst, providing the necessary motivation to persist. Marco loved vegetables, and as the farmers of the Central Valley in California was not willing to take “impossible” as a diagnosis!

Marco Quispe is the Sub-Regional Coordinator for South America. During the Covid-19 economic lockdown, he and his family struggled to get vegetables and decided to plant a garden in front of their house. They surmised that a garden would provide a supplement to their diets, save money and be a healthy experiment to maximize the use of their small property. 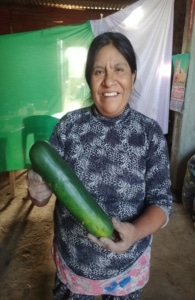 In Libertadores, where Marco and his wife Vilma and children live, there is no fertile land. The land is mostly sandy with rocks. Marco was determined to succeed and got to work believing that with God’s help all things are possible. The land was hand tilled. A fence was built around the plot to keep out animals. Animal fertilizer was added to the soil and water arrangements were made. With care and nurture, the plants grew and blossomed, producing a rich harvest. Marco and Vilma’s dream became a reality.

Neighbors were surprised because the garden produced a lot of vegetables! How was it possible that such a small plot could produce so much? A neighbor declared, “This is God’s blessing.” 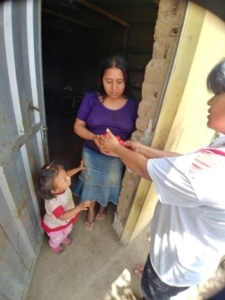 Pilar, one of their neighbors, planted corn. With a great deal of work and patience, the corn was harvested. The corn she grew was excellent and the leaves and husk were used to feed her animals. 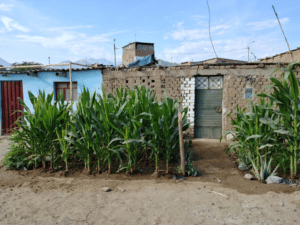 What began as an experiment, has now multiplied many times. These tiny vegetable gardens provide an opportunity for learning and for contributing toward food security for the family and an overall blessing for the whole community.

The scriptures say, “You cause the grass to grow for the livestock and plants for man to cultivate, that he may bring forth food from the earth.” (Psalm 104:14 ESV) God has made a provision, but persistence is needed to actualize it!